Xfinity WiFi expected to reach 1 million hotspots in locations across the nation, more than any other WiFi network… 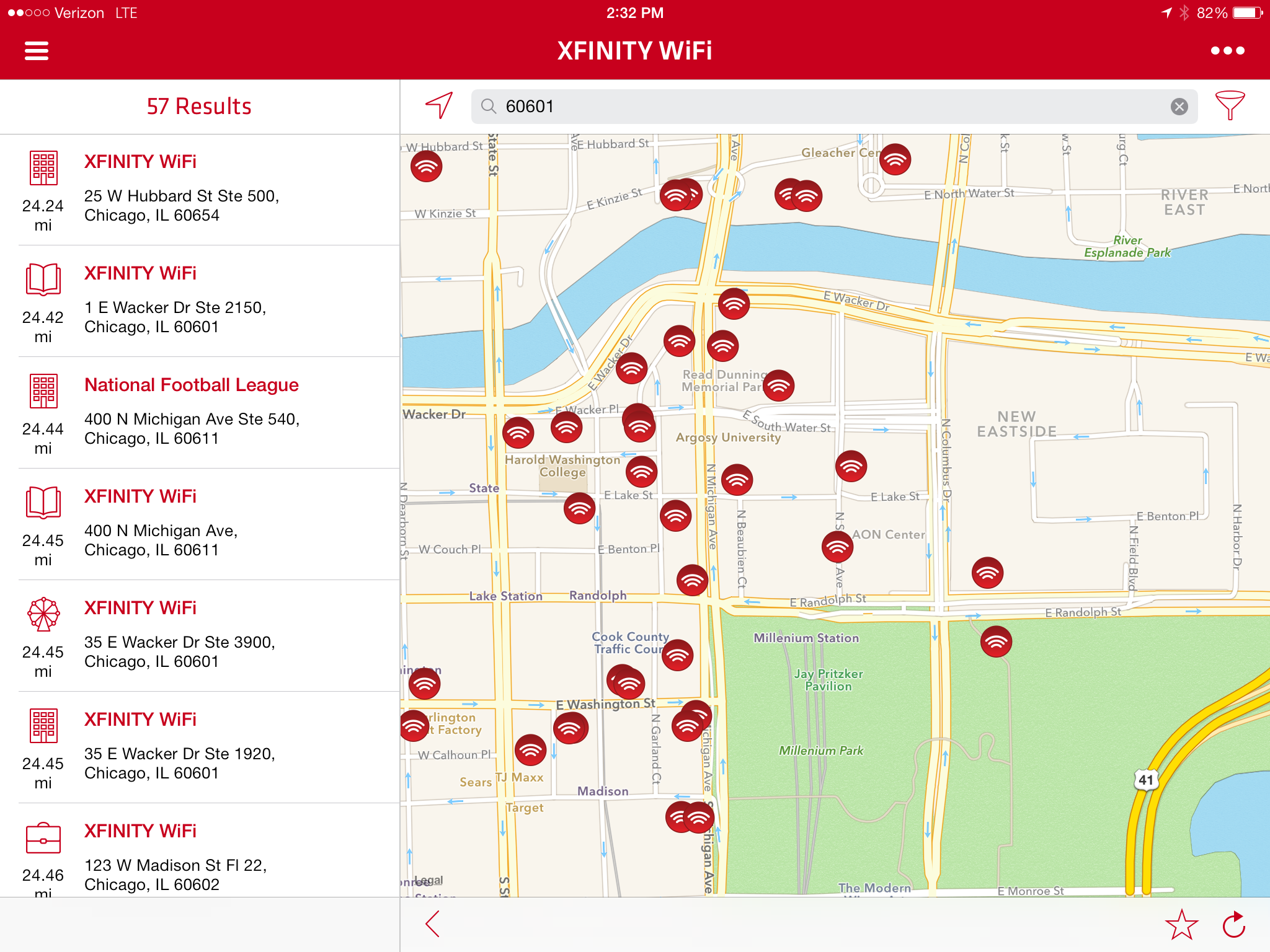 Comcast announced today that it has reached a significant milestone in its Xfinity WiFi network in Illinois, Northwest Indiana and Southwest Michigan by eclipsing 50,000 hotspots. With hundreds of thousands of new hotspots planned this year, the region is one of Comcast’s largest contributors to its march toward launching one million nationwide access points comprising the largest WiFi network in the country.

“Having the largest WiFi network in the region and the nation is a major benefit for our customers, who are turning to WiFi more than ever because they want high-speed 24/7 access to their TV, communications, home security and automation and other Xfinity services on the go,” said John Crowley, senior vice president of Comcast’s Greater Chicago Region.

Eligible Xfinity Internet customers can access Xfinity WiFi hotspots at no additional charge by selecting “xfinitywifi” from the list of available networks on their laptops or mobile devices and enter their Comcast ID or email and password. After the initial sign in, customers will be automatically connected to the network whenever they are in a hotspot location. It is easy to locate hotspots by downloading the Xfinity WiFi App, available on iOS and Android devices, or by visiting the hotspot finder map online at www.xfinity.com/wifi.

The network consists of:

“The demand for Xfinity WiFi hotspots among businesses in the region has been incredible,” said Jay Dirkmaat, Comcast’s regional vice president of Business Services.  “Businesses recognize that providing access to hotspots in their facilities adds value and helps them attract and retain customers.  Businesses also appreciate that we offer the hotspots at no additional charge.”

Several million households to benefit from faster speeds to power their increasingly connected homes November 3, 2021 – Comcast announced today that it has … END_OF_DOCUMENT_TOKEN_TO_BE_REPLACED

Comcast proud that employees themselves recognize the company is a great place to work November 5, 2021 – Comcast was awarded a “Top Workplaces 2021” honor … END_OF_DOCUMENT_TOKEN_TO_BE_REPLACED