Comcast launched the Chicago area trial of a new Internet service today that delivers speeds up to 1 Gigabit-per second (Gbps) to customers.  The service will use DOCSIS 3.1 technology to deliver these speeds over the company’s existing network infrastructure.

With a 1 Gbps connection, customers can:

“We’re delivering gigabit speeds over the existing network that already passes millions of homes in the Chicago area,” said Comcast Greater Chicago Region senior vice president John Crowley.  “Our commitment to providing customers with a great experience is front and center with this announcement, and we’re proud that Comcast’s Chicago area customers will be among the first in the world to have access to this new Gigabit technology.”

The consumer introduction of DOCSIS 3.1 marks a major step forward in the evolution of ultra-high-speed broadband.  Once DOCSIS 3.1 Gigabit Internet service is available in a market, customers with Gigabit-capable devices will be able to sign up for a new plan and then experience the benefits of that speed.

“Comcast’s investments in our technology infrastructure have helped to advance and evolve our economy, and I applaud their commitment to the technology ecosystem,” said Fred Hoch, CEO, Illinois Technology Association.  “DOCSIS 3.1 is a significant step forward in Internet Technology.”

Illinois Hispanic Chamber of Commerce President and CEO Omar Duque added, “We thank Comcast for deploying the new service here early on and delivering Gigabit speeds to neighborhoods and communities across the city and across the region.”

In February 2016, Comcast unveiled plans to offer the service in Atlanta and Nashville in the first half of the year, with Chicago, Detroit and Miami to follow in the second half.  In December 2015, Comcast announced it had successfully installed its first DOCSIS 3.1 modem in Philadelphia.  The modem also was tested in several Chicago area locations to ensure the best possible customer experience before launching the service locally.

The every-day price of the new service with no contract is $139.95 a month plus taxes and fees.  Comcast will test promotional pricing during the trial period.  New and current Chicago area customers can visit Xfinity.com/gig to learn about the new service and request additional information.  As part of the trial, initial users will be encouraged to provide feedback about the service to Comcast, which will be used to help ensure future market rollouts deliver the best possible customer experience.

Comcast Cable is one of the nation’s largest video, high-speed Internet, and phone providers to residential customers under the XFINITY brand and also provides these services to businesses. Comcast has invested in technology to build an advanced network that delivers among the fastest broadband speeds, and brings customers personalized video, communications, and home management offerings.  Comcast Corporation (Nasdaq: CMCSA) is a global media and technology company.  Visit www.comcastcorporation.com for more information. 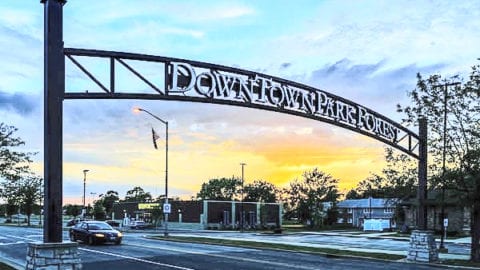