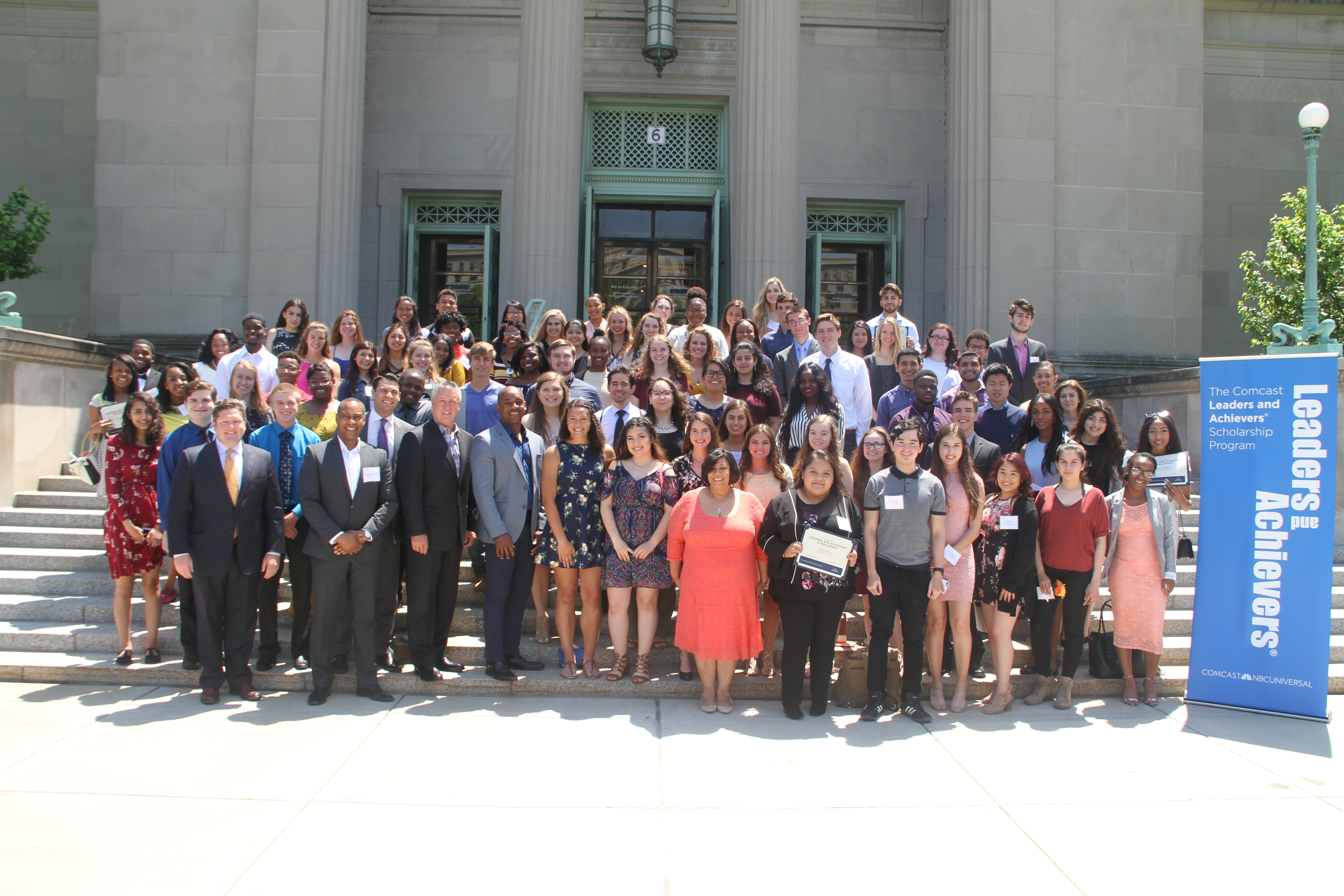 June 1, 2018 – Comcast NBCUniversal today announced that it has awarded $175,000 in scholarships for the 2018-19 school year as part of its annual Leaders and Achievers® Scholarship Program to 175 students in its Greater Chicago Region, which includes Central and Northern Illinois, Northwest Indiana and Southwest Michigan.  The program, funded by the Comcast Foundation, is a one-time, $1,000 scholarship awarded to the best and brightest high school seniors for their community service, academic performance and leadership skills.

“Leaders and Achievers Scholarship recipients exemplify leadership not only in academics but within their communities through service,” said John Crowley, Comcast’s regional senior vice president. “Comcast is honored to recognize their achievements and proud to support them as they continue their educational journeys.”

Recipients will be recognized at an awards ceremony on Thursday, June 7, at Chicago’s Museum of Science and Industry.  Since 2001, more than $28 million has been awarded to nearly 27,000 high school seniors across the country as part of the Leaders and Achievers Program

The Comcast Leaders and Achievers Scholarship Program provides scholarships to students who strive to achieve their full potential, who are catalysts for positive change in their communities, who are involved in their schools, and who serve as models for their fellow students. The philosophy behind the program is to give young people every opportunity to prepare for the future and to engage them in their communities. The program also demonstrates the importance of civic involvement, and the value placed on civic involvement by the business community.

Visit here to learn more about the Leaders and Achievers program. Click here for a list of Greater Chicago Region recipients.

Comcast Corporation (Nasdaq: CMCSA) is a global media and technology company with two primary businesses, Comcast Cable and NBCUniversal.  Comcast Cable is one of the nation’s largest video, high-speed internet, and phone providers to residential customers under the XFINITY brand, and also provides these services to businesses.  It also provides wireless and security and automation services to residential customers under the XFINITY brand. NBCUniversal operates news, entertainment and sports cable networks, the NBC and Telemundo broadcast networks, television production operations, television station groups, Universal Pictures and Universal Parks and Resorts.

The Comcast Foundation was founded by Comcast Corporation in June 1999 to provide charitable support to qualified non-profit organizations. The Foundation’s primary mission is to empower communities to thrive by providing access to technology, relevant digital skills and training, and inspiring volunteerism, service and leadership. The Foundation invests in programs intended to have a positive, sustainable impact on the communities we serve. Since its inception, the Comcast Foundation has donated $220 million to organizations in the communities nationwide that Comcast serves. More information about how Comcast supports the communities it serves available at https://comca.st/2LPp7mn.

Several million households to benefit from faster speeds to power their increasingly connected homes November 3, 2021 – Comcast announced today that it has … END_OF_DOCUMENT_TOKEN_TO_BE_REPLACED

Comcast proud that employees themselves recognize the company is a great place to work November 5, 2021 – Comcast was awarded a “Top Workplaces 2021” honor … END_OF_DOCUMENT_TOKEN_TO_BE_REPLACED