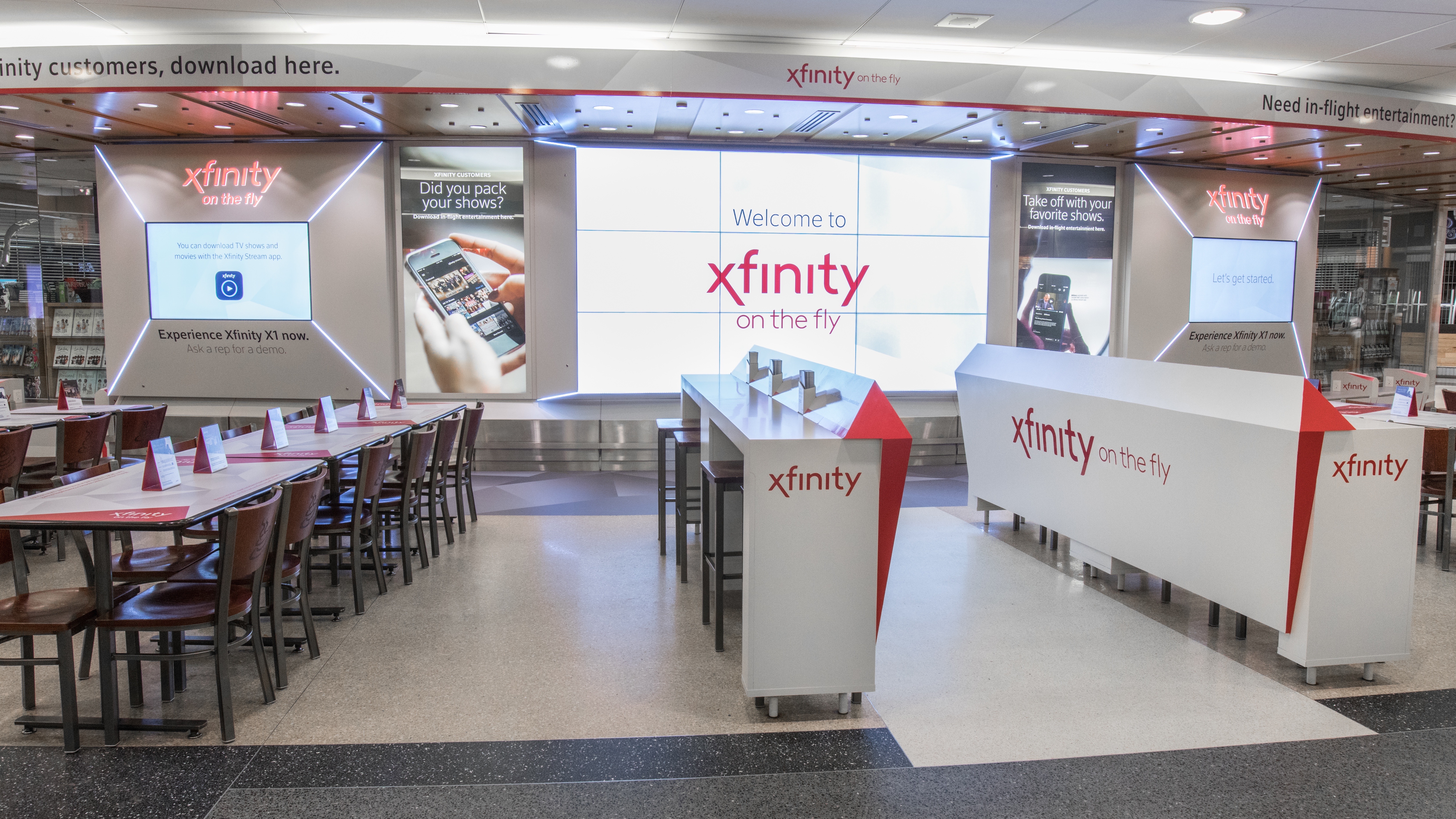 July 2, 2018 – Comcast today announced the launch of “Xfinity On the Fly” inside Chicago’s O’Hare International Airport.  Xfinity on the Fly gives Xfinity customers access to an exclusive high-speed WiFi network they can use to quickly download TV shows and movies via the Xfinity Stream app and take with them on the go.

With the Xfinity Stream app, customers can download a selection of on demand choices, plus any program they’ve recorded and saved on their X1 DVR service to watch on their device while traveling. Passengers with extra time before their flights also can take advantage of the super-fast WiFi network to surf the Internet, connect with family and friends online, access and send email and even watch live TV on one of the Xfinity Stream app’s more than 200 live channels.  The SSID is “XfinityOnTheFly.”

“With Xfinity On the Fly, Xfinity TV customers can use the Xfinity Stream app to download their favorite TV shows and movies while they’re waiting for a flight,” said Comcast Greater Chicago Region Senior Vice President John Crowley.  “Xfinity On the Fly is especially great for parents with small children and customers who forget to download content before they leave home.”

With comfortable seating and built-in charging stations, O’Hare’s main Xfinity On the Fly station is located in the food court at the intersection of Concourses H/K, adjacent to American Airlines gates in Terminal 3.  Representatives are onsite at the H/K location from 7 a.m. to 7 p.m. seven days a week to offer hands-on support and demonstrate the Xfinity X1 TV experience, including the X1 voice remote.  Smaller, unstaffed Xfinity On the Fly stations are located at Gate F5 in Terminal 2 and C21 in the United Airlines Terminal.  Customers also can charge their devices at any of the three O’Hare Xfinity On the Fly locations.

Several million households to benefit from faster speeds to power their increasingly connected homes November 3, 2021 – Comcast announced today that it has … END_OF_DOCUMENT_TOKEN_TO_BE_REPLACED

Comcast proud that employees themselves recognize the company is a great place to work November 5, 2021 – Comcast was awarded a “Top Workplaces 2021” honor … END_OF_DOCUMENT_TOKEN_TO_BE_REPLACED