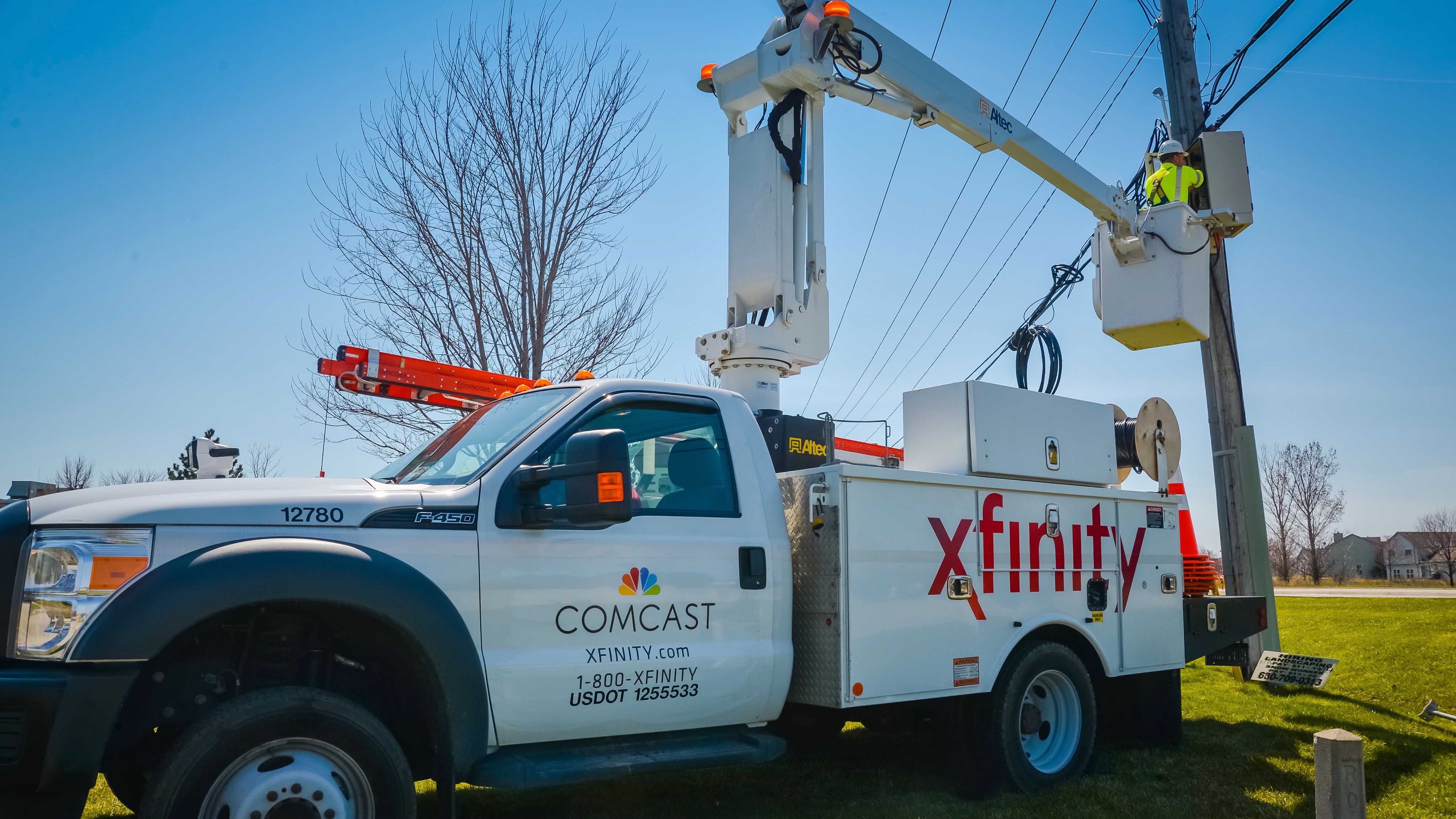 August 1, 2018 – Comcast Business announced today that it has added more than two miles of fiber to reach nearly 50 West Chicago businesses in an industrial area along Powis Road between North Avenue and Hawthorne Lane.

With the buildout complete, Comcast can give small, medium and large businesses in the area access to Internet speeds of up to 10 Gigabits per second (Gbps) – and up to 100 Gbps on a case-by-case basis – along with a wide range of services, including Ethernet, Internet, Advanced Voice and value-added cloud services.  In addition, as a result of the expansion, Comcast can bring new customers online quickly.

“We can’t thank Comcast enough for bringing more fiber and expanding its state-of-the-art network to West Chicago businesses,” said West Chicago Mayor Ruben Pineda. “Fast internet speeds and advance technologies have the potential to bring more businesses and jobs to town, help companies already here expand operations and allow us to compete even more effectively with communities around the corner and around the country.”

“Our advanced network provides increased bandwidth and that means more businesses can do more, like access more applications and services in the cloud, accommodate rapidly increasing numbers of employees in the field using mobile devices and exchange large amounts of data with business partners,” said Jay Dirkmaat, Comcast Business Regional Vice President.  “Comcast already has a network in the region, and we’ve been expanding it significantly through strategic proactive investments designed to help spur economic growth in emerging and growing business corridors.”

The extent of Comcast’s network also has made it possible for the company to build the largest WiFi network in the nation.  Xfinity WiFi includes more than 19 million WiFi hotspots in locations across the country and more than 1.7 million in the region.  Comcast has placed hotspots in or adjacent to locations ranging from restaurants, retail stores, salons and doctors’ offices to parks and universities, according to Dirkmaat.  Thousands of businesses in the region also have Xfinity WiFi hotspots.

All of Comcast Business’ multi-Gigabit Ethernet services are delivered over an advanced network that serves 20 of the nation’s 25 largest markets and spans 149,000 miles across 39 states and the District of Columbia.  Comcast Business was the first service provider in the world to offer Metro Ethernet Forum (MEF) CE 2.0 certified Ethernet services and was also the first to achieve all three of the previous CE 1.0 certifications (MEF 9, 14 and 18).

About Comcast Business
Comcast Business offers Ethernet, Internet, Wi-Fi, Voice, TV and Managed Enterprise Solutions to help organizations of all sizes transform their business. Powered by an advanced network, and backed by 24/7 customer support, Comcast Business is one of the largest contributors to the growth of Comcast Cable. Comcast Business is the nation’s largest cable provider to small and mid-size businesses and has emerged as a force in the Enterprise market; recognized over the last two years by leading industry associations as one of the fastest growing providers of Ethernet services.

Banks need to be reliable. It is as simple as that. Whether a customer needs to access their money right away or wants to ensure that their personal financial … END_OF_DOCUMENT_TOKEN_TO_BE_REPLACED