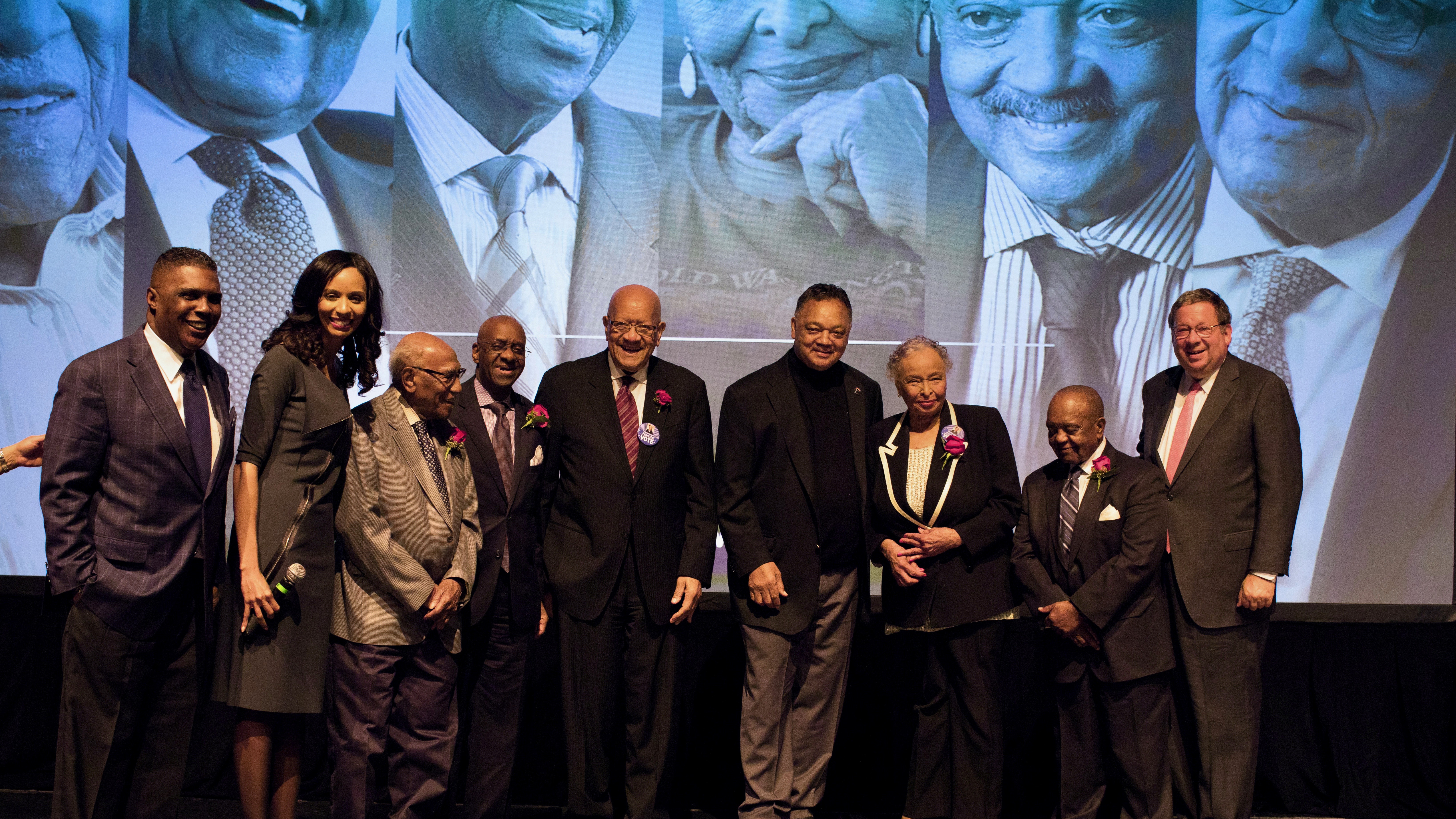 Feb. 7, 2019 – The DuSable Museum of African American History joined Comcast NBCUniversal tonight to officially unveil “Voices of the Civil Rights Movement,” a new interactive installation that features more than 240 stories and interviews with Chicago and national civil rights icons. All 16-plus hours of video come from Comcast NBCUniversal’s award-winning “Voices of the Civil Rights Movement” platform, a multimedia collaboration with the Equal Justice Initiative that honors the legacy and impact of America’s civil rights champions.

Comcast joined the DuSable Museum to honor the following six Chicago-based civil rights leaders and debut their video segments at the DuSable Theater: 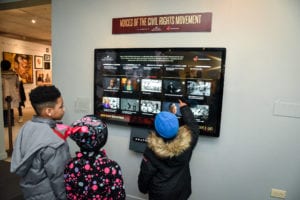 “We’re honored to partner with Comcast NBCUniversal to preserve our history, honor Chicagoans who were part of the civil rights movement, and make sure current and future generations understand and remember our community’s struggle for equal rights,” said Perri L. Irmer, DuSable Museum President and CEO.

“Comcast NBCUniversal developed the installation to chronicle the lives and experiences of those who fight for the equality of all people,” said David L. Cohen, Senior Executive Vice President and Chief Diversity Officer, Comcast Corporation. “We’re especially proud to make this exhibit part of the DuSable’s permanent collection, celebrate Chicago’s rich contributions to our nation’s civil rights movement, and enrich the experience of museum visitors as they learn directly from civil rights leaders.”

About the DuSable Museum of African American History

Founded in 1961 by teacher and art historian Dr. Margaret Burroughs and other leading Chicago citizens, the DuSable Museum of African American History is one of the few independent institutions of its kind in the United States.  Developed to preserve and interpret experiences and achievements of people of African descent, the museum is dedicated to the collection, documentation, preservation and study of the history and culture of Africans and African Americans.  The museum’s collection includes 15,000 pieces and includes paintings, sculpture, print works and historical memorabilia.  Special exhibitions, workshops and lectures highlight works by specific artists, historical events or collections on loan from individuals or institutions.

Banks need to be reliable. It is as simple as that. Whether a customer needs to access their money right away or wants to ensure that their personal financial … END_OF_DOCUMENT_TOKEN_TO_BE_REPLACED