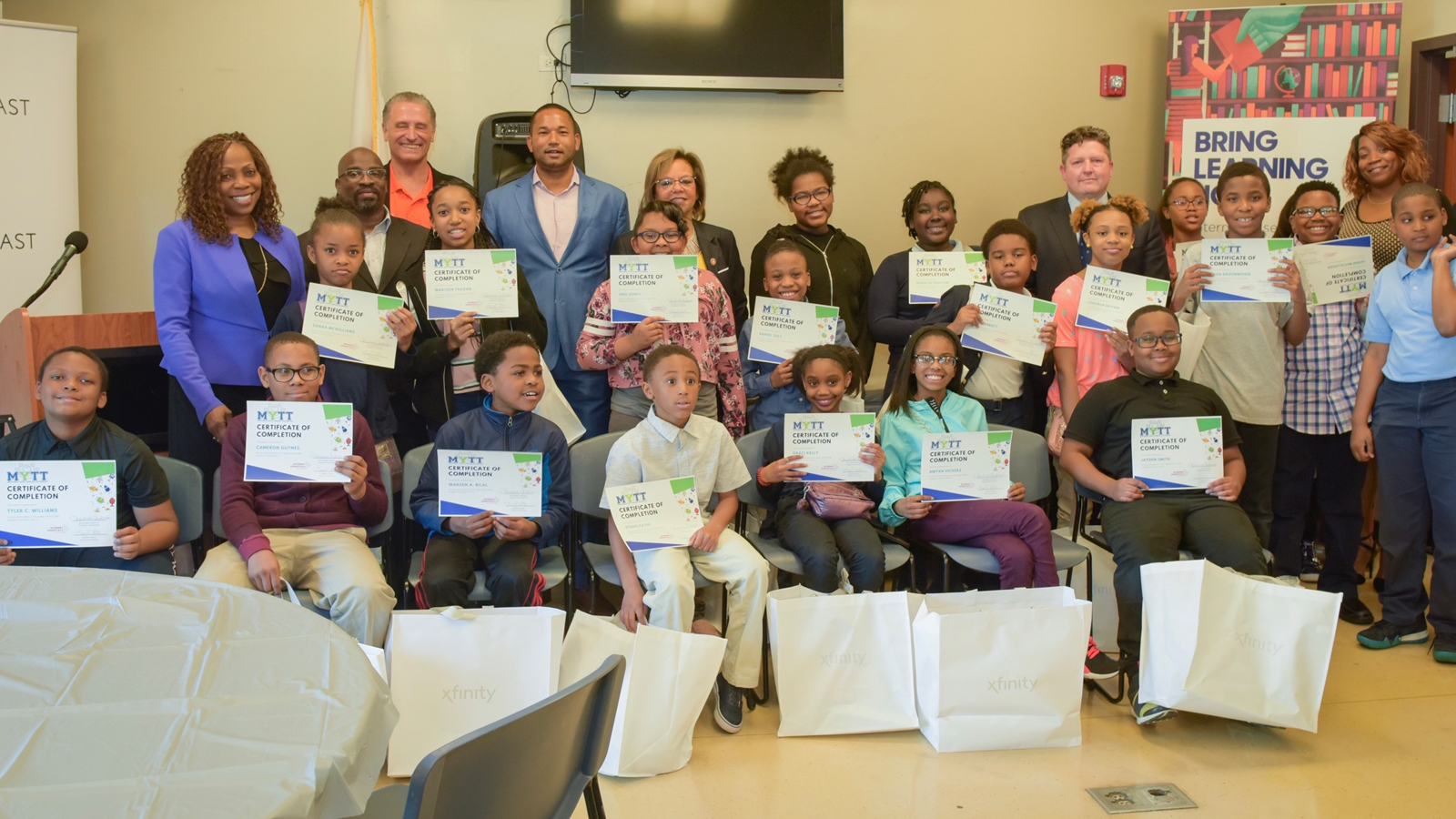 “MYTT gives middle school students hands-on training in a wide variety of areas of technology,” said MYTT Executive Director Randle Carter. “Comcast’s grant helped us expand the program in Matteson and Richton Park and helped students in these locations build crucial skills that will have an impact on their futures.”

“I firmly believe that mentoring is one of the most important tools we have to empower and uplift our young people to ensure they have a bright future. As a proud volunteer mentor myself, I know MYTT’s training programs will be a powerful game-changer for young people in my community,” said Illinois 2nd District Rep. Robin Kelly.  “Thank you to Comcast, all the mentors and all the volunteers for supporting the MYTT program, you truly are changing lives for the better.”

“Comcast was proud to support MYTT’s efforts to help young people learn about a variety of important areas of technology,” said John Crowley, senior vice president of Comcast’s Greater Chicago Region.  “Technology is crucial in life and in work, and we’re working to make sure young people get the tools and training they need to compete in the workforce and be successful.”

About Mentoring Youth Through Technology

Several million households to benefit from faster speeds to power their increasingly connected homes November 3, 2021 – Comcast announced today that it has … END_OF_DOCUMENT_TOKEN_TO_BE_REPLACED

Comcast proud that employees themselves recognize the company is a great place to work November 5, 2021 – Comcast was awarded a “Top Workplaces 2021” honor … END_OF_DOCUMENT_TOKEN_TO_BE_REPLACED