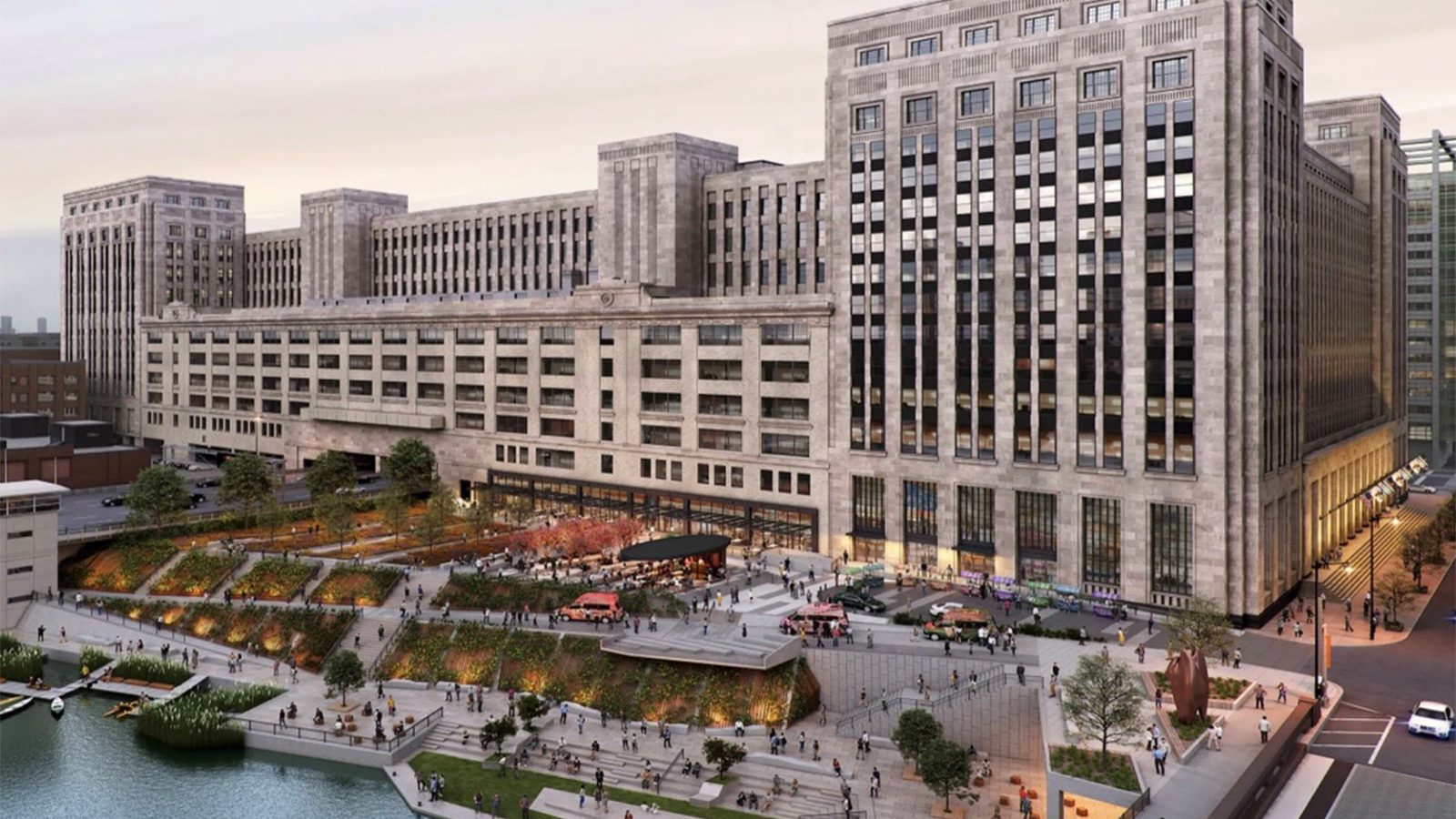 November 12, 2019 – Comcast Business announced today that it’s the first Internet service provider to connect an advanced network to The Old Post Office, helping turn the historic structure into a modern Ethernet-enabled business hub. Comcast will be able to offer tenants moving into the building access to speeds up to 100 gigabits per second, along with a secure, reliable, high-performance backbone that can help them manage their data growth, drive application performance and securely access more than 700 data centers nationwide.

“It’s great to see a landmark like The Old Post Office being repurposed to meet the demands of modern business, and with our network we’ll be able to deliver all the speed companies moving into the building will need to power their digital experiences – wired, WiFi and wireless,” said John Crowley, Comcast’s Regional Senior Vice President. “We’re proud to play a role in bringing new life and business vitality to the building and surrounding areas and making this project a symbol of Chicago’s economic strength and resilience.”

Major companies like Uber Freight, Walgreens, PepsiCo and the Chicago Board Options Exchange have signed leases or agreed to take significant amounts of space in the massive 2.5 million square-foot building. On the other end of the spectrum, the building is expected to attract retail stores, restaurants and service providers that will support the thousands of employees that will be housed in the building and live and work in the surrounding neighborhoods.

Comcast invests in downtown, the neighborhoods and the suburbs

With new developments from one end to the other, Chicago’s downtown and the burgeoning surrounding neighborhoods are engines for the city’s economic future. Recognizing that potential early on and helping lay the ground for growth, Comcast invested millions of dollars several years ago to expand its state-of-the-art advanced network to locations across the Central, East, North, Southwest and West Loop and River North and River West. The network project in and around the Loop is the single largest concentrated fiber expansion Comcast has ever undertaken in the region. It brings the company’s network to the doorstep of existing, new and proposed office and residential buildings in and around downtown, in addition to The Old Post Office.

Comcast already has a significant network presence in the region, according to Jay Dirkmaat, Regional Vice President of Comcast Business, and the company has been expanding its network through strategic proactive investments designed to help spur economic growth in emerging and growing business corridors.

In fact, since 2011, Comcast has invested $3.7 billion in technology and infrastructure in Illinois alone. As part of this investment, Comcast has been adding fiber to reach city, suburban and Central and Northern Illinois business and industrial corridors and employment hubs.

Comcast was the first provider to bring fiber and outdoor WiFi service to Goose Island, a growing technology-driven manufacturing center located on the city’s north side. Comcast also has built fiber to diverse areas across the city and region, including 600 W. Chicago Ave.; Chicago’s Back of the Yards, Bridgeport neighborhoods and Englewood neighborhoods: the Peterson Pulaski Business and Industrial Park; near Midway and O’Hare airports, including the Elk Grove Technology Park; Interstate 88 in Chicago’s west suburbs and Interstate 90 in Chicago’s northwest suburbs and the southwest suburbs; Morris, IL; West Chicago and Elgin and South Elgin, IL, among others.

Comcast Business offers Ethernet, Internet, Wi-Fi, Voice, TV and Managed Enterprise Solutions to help organizations of all sizes transform their business. Powered by an advanced network, and backed by 24/7 customer support, Comcast Business is one of the largest contributors to the growth of Comcast Cable. Comcast Business is the nation’s largest cable provider to small and mid-size businesses and has emerged as a force in the Enterprise market; recognized over the last two years by leading industry associations as one of the fastest growing providers of Ethernet services. For more information, call  866-429-3085. Follow on Twitter @ComcastBusiness and on other social media networks by clicking here.

Several million households to benefit from faster speeds to power their increasingly connected homes November 3, 2021 – Comcast announced today that it has … END_OF_DOCUMENT_TOKEN_TO_BE_REPLACED

In its first year alone, Comcast RISE has provided over $60 million in grants, marketing and technology services to support more than 6,700 small businesses … END_OF_DOCUMENT_TOKEN_TO_BE_REPLACED

Comcast proud that employees themselves recognize the company is a great place to work November 5, 2021 – Comcast was awarded a “Top Workplaces 2021” honor … END_OF_DOCUMENT_TOKEN_TO_BE_REPLACED