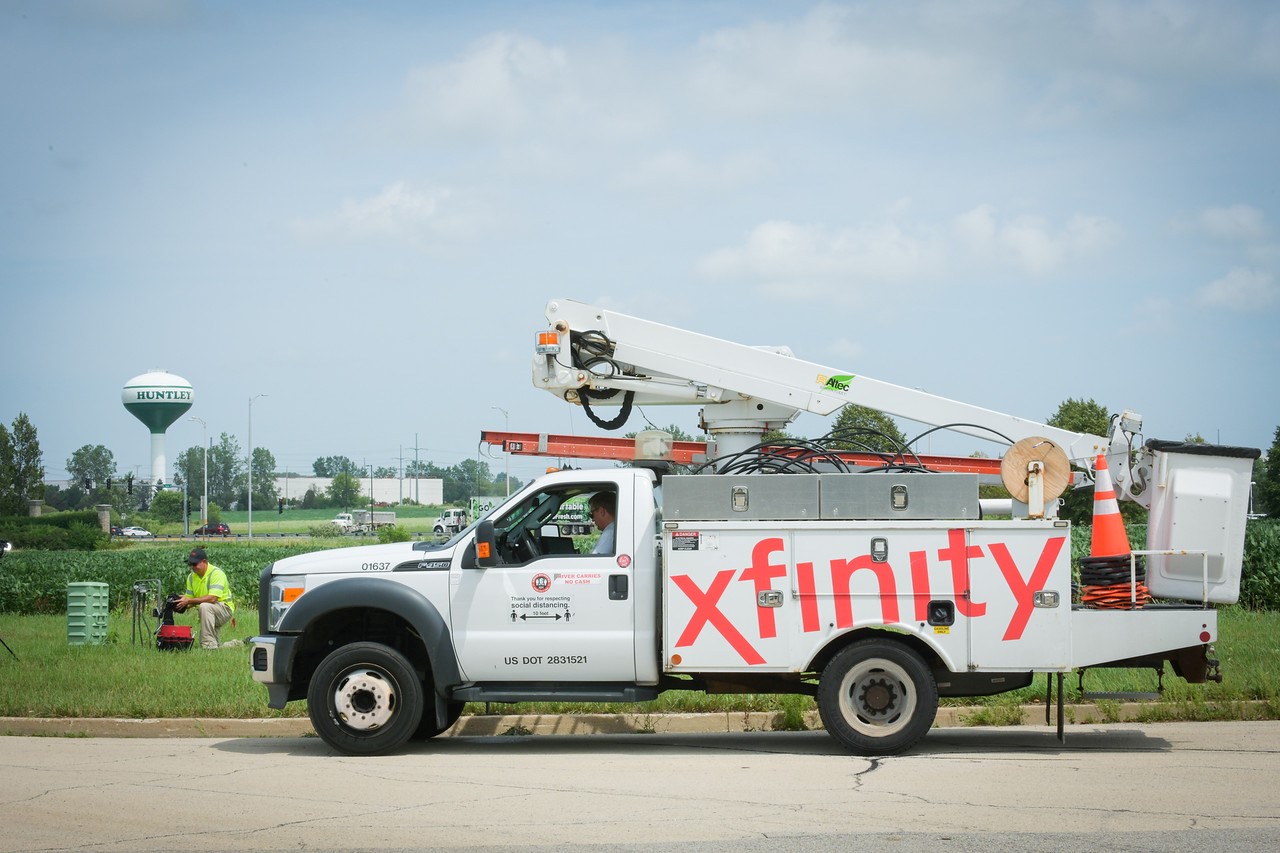 September 28, 2021 – The Village of Huntley and Comcast Business today announced the addition of more than three miles of fiber and other advanced network infrastructure along Illinois Route 47 and Jim Dhamer Drive in the Huntley Corporate Park, a 240-acre business park located alongside Interstate 90.

“Huntley is one of the fastest growing communities in Illinois. Our location along I-90 between Chicago, O’Hare International Airport and Rockford attracts major companies that serve the region,” said Mayor Tim Hoeft, Village of Huntley.  “Comcast’s investment in Huntley’s technology infrastructure is crucial to our ability to continue to attract new companies and grow our economy.”

“Comcast already has more than 68,000 miles of network in the region. We continually expand our reach through strategic proactive investments designed to help spur economic growth in business corridors, like the Huntley Corporate Park,” said Sean McCarthy, Comcast’s Regional Vice President of Business Development and Strategic Initiatives. “We’re proud to partner with the village – not only as a business partner, but as an economic development partner.”

Additional advanced Comcast Business services available to businesses in the park as a result of the network expansion include:

Comcast has spent nearly $30 billion in the last decade building an expansive fiber-dense network across the company’s service footprint. Comcast has invested $1.4 billion in technology and infrastructure in Illinois alone in the last three years.  These investments have allowed Comcast to offer an array of state-of-the-art telecommunications services, including an Internet service with download speeds up to 1.2 Gbps to all homes and businesses its network passes locally in Huntley and northern Illinois and nationally. The company also offers Gigabit Pro, a 2 Gbps fiber-based residential broadband service.

In addition, the extent of Comcast’s network has made it possible for the company to offer the largest WiFi network locally and in the nation. Xfinity WiFi includes more than 20 million WiFi hotspots in locations across the country and around 2 million in the region. Comcast has placed hotspots in or adjacent to locations ranging from restaurants, retail stores, salons and doctors’ offices to parks and universities, according to McCarthy.

About the Village of Huntley

Huntley, a northwest suburban Illinois community of approximately 28,000 residents, is conveniently located at the crossroads of Interstate 90 and Illinois Route 47. Big name companies, mid-sized enterprises and independent entrepreneurs alike find value in Huntley. Huntley offers a home for businesses and residents seeking a superior location and a comfortable way of life. Huntley is among a handful of Illinois communities continuing to experience population growth as residents are attracted to the town known as the “Friendly Village with Country Charm.” Close enough to big city amenities and attractions – but just far enough away, with available sites and convenient access to roadways, skyways and fresh air. Those who know, think HuntleyFirst.

Several million households to benefit from faster speeds to power their increasingly connected homes November 3, 2021 – Comcast announced today that it has … END_OF_DOCUMENT_TOKEN_TO_BE_REPLACED

In its first year alone, Comcast RISE has provided over $60 million in grants, marketing and technology services to support more than 6,700 small businesses … END_OF_DOCUMENT_TOKEN_TO_BE_REPLACED

Comcast proud that employees themselves recognize the company is a great place to work November 5, 2021 – Comcast was awarded a “Top Workplaces 2021” honor … END_OF_DOCUMENT_TOKEN_TO_BE_REPLACED