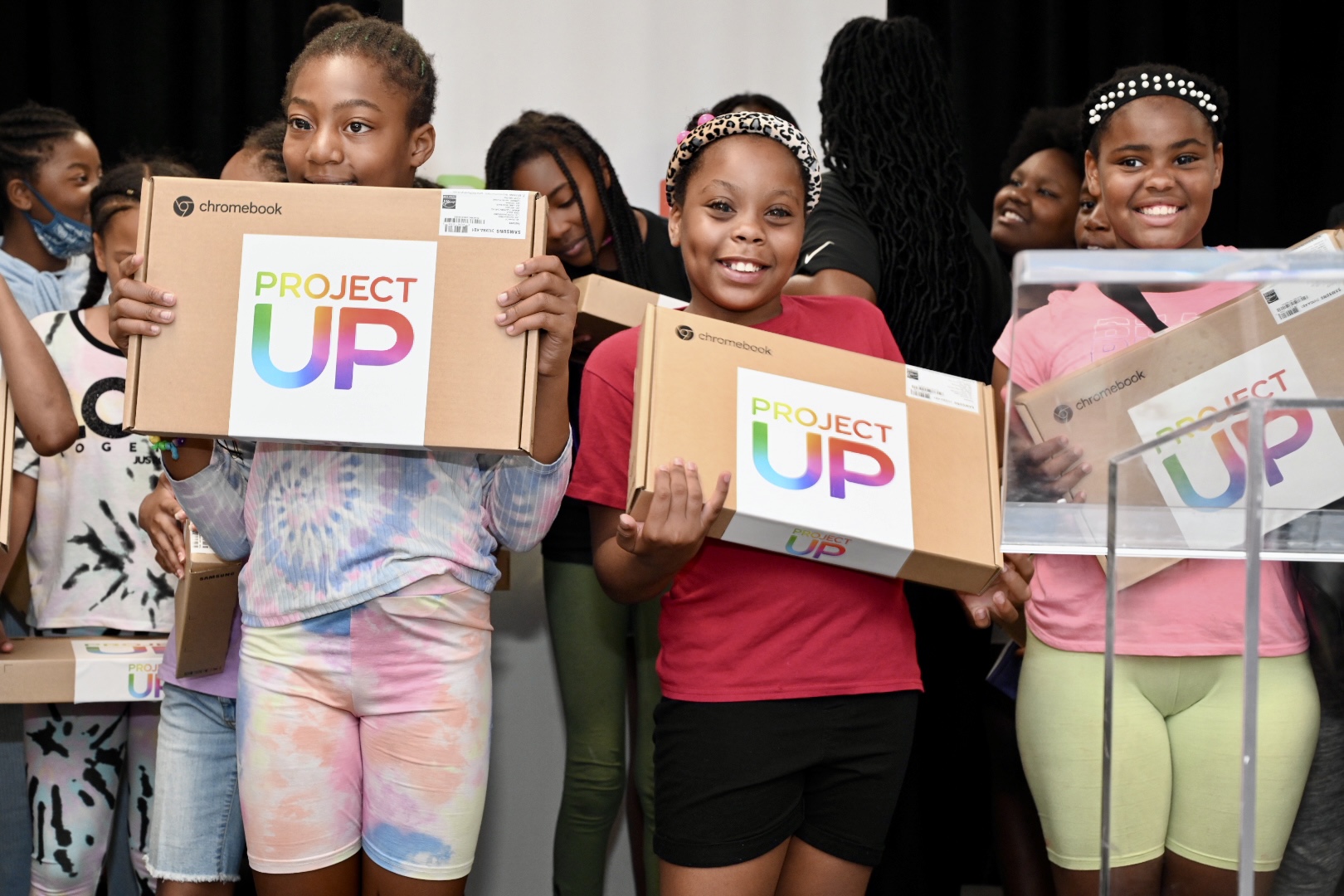 With broadband service available in all 77 Chicago neighborhoods and public and private programs in place that can cover its cost, the focus of digital equity initiatives in the city is evolving from “access” to “adoption”

July 20, 2022 – Comcast announced today that it will invest $500,000 over the next three years in digital equity programs at six YMCA of Metropolitan Chicago locations in the city.* The investment is part of Project UP, the company’s comprehensive, $1 billion initiative to advance digital equity. The investment and partnership will support the launch and scale of Digital Navigator programs at the six Y locations to help individuals and families access the Internet and digital skills programs. Digital Navigators are individuals affiliated with trusted community organizations, like the YMCA, who are trained to help people access the Internet, use devices and build digital skills.

This announcement follows the results of a nationwide study by the Boston Consulting Group, which found that Digital Navigators are critical to closing the digital divide and reducing socioeconomic inequalities by helping more people get online.

In addition, each location will house a new Tech Hub with computers and other technology, along with a Comcast “Lift Zone,” WiFi-enabled safe spaces where students can get online to do schoolwork and adults can get online to build digital skills, access an array of services and search for jobs.

“Because of the landmark Rebuild Illinois capital program, more Illinoisans than ever before will have access to 21st century education, healthcare and economic opportunity,” said Governor JB Pritzker. “These investments will provide pathways to new careers and additional business development throughout the state. I’m grateful to the YMCA of Metropolitan Chicago and Comcast for their partnership in working to advance digital equity, close the digital divide and deliver tangible change for all who call Illinois home.”

“By connecting thousands of CPS students to the internet for free, Chicago Connected has proven that broadband adoption programs can change lives and close the digital equity gap,” said Chicago Mayor Lori E. Lightfoot. “Now, with this partnership between the YMCA and Comcast, we will be able to help even more of our residents learn about and benefit from this important program.”

“With the resources needed for our daily lives becoming increasingly digital, the current digital inequality means far more than simply not being able to log on to the Internet to scroll social media or make purchases. It means being locked out of opportunities for economic mobility. To truly – and equitably – address digital inequities requires a comprehensive, collaborative approach,” said Dalila Wilson-Scott, Comcast’s Executive Vice President and Chief Diversity Officer and President of the Comcast NBCUniversal Foundation. “Today, we are doing just that. Together with our longstanding partner, the YMCA, we are creating new paths to opportunity and empowerment through a trifecta of adoption, resources and engagement.”

“The digital equity work undertaken during the last decade by the YMCA, Comcast and our many other partners continues to bring knowledge, joy and connection to the individuals and families we serve. More and more people in our communities feel empowered to get online, to learn and to build the 21st-century skills they need to succeed in school, in the workplace and in life,” said Dorri McWhorter, President and CEO of the YMCA of Metropolitan Chicago. “As the world becomes increasingly digital, investments like the one Comcast is making in the YMCA will go far in helping us fulfill our mission of connecting all people to their potential, purpose and each other.”

The digital navigators at the six YMCA of Metropolitan locations will be trained to work with individuals who haven’t gotten connected at home learn more about and enroll in existing local and federal programs that provide and cover the cost of Internet service. These programs range from Chicago Connected, a no-cost, high-speed broadband adoption program that’s connected more than 77,000 Chicago Public Schools students to the Internet at home, and the federal Affordable Connectivity Program (ACP), which provides eligible households credits of up to $30 per month toward the cost of their Internet service.

“Thanks to the variety of programs that provide service and can help partially or fully cover its cost, the portion of households in the City of Chicago that has broadband Internet service has increased significantly,” said John Crowley, Comcast’s Regional Senior Vice President. “The issue is evolving from ‘access’ to ‘adoption.’ Service is available across the city’s 77 neighborhoods and programs are in place to cover the cost. Now we’re working with the YMCA and other partners to make sure even more people know about these programs and take advantage of them.”

Comcast also announced plans to donate 100 laptop computers to the YMCA of Metropolitan Chicago and gave several away to YMCA youth in attendance at the announcement event.

About YMCA of Metropolitan Chicago

The YMCA of Metro Chicago is an association of 14 Y centers, five overnight camps and dozens of extension sites located throughout the city and suburbs, serving more than 200,000 annually with programs that promote academic readiness, character development, violence prevention and fitness and healthy living. Learn about the Y at ymcachicago.org.

Banks need to be reliable. It is as simple as that. Whether a customer needs to access their money right away or wants to ensure that their personal financial … END_OF_DOCUMENT_TOKEN_TO_BE_REPLACED