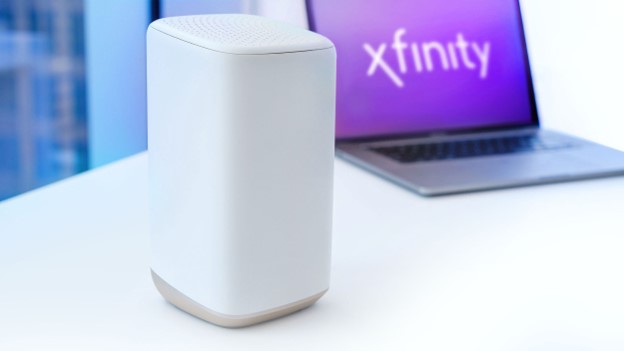 Based on consumer testing of Internet provider services

September 7, 2022 — Global network intelligence and connectivity insights leader, Ookla has named Xfinity the fastest Internet provider in Illinois. The recently published Speedtest Global Index rankings, based upon consumer testing of Internet services in the United States in Q2 2022 through Ookla’s speed test website, showed Xfinity coming out on top in 12 states across the country, more than any other provider by a wide margin.

Xfinity’s median consumer tested download speeds of 184 megabits per second (Mbps) across Illinois were faster than competitor’s consumer speeds. Ookla’s report provides a real-time view into the Internet speeds that consumers are actually experiencing based on the service tiers they select.

“Consumers are using more connected devices in their homes than ever before,” said Comcast Regional Senior Vice President John Crowley. “We’ve invested billions into our network to deliver our fastest speeds throughout the Illinois and across the country. We are committed to delivering the best possible connectivity experience and will continue to exceed our customers’ growing demand for fast, reliable, and secure Internet connections.”

Xfinity Internet provides an unbeatable connectivity experience with the fastest download speeds, advanced cybersecurity protection, and total control over all the devices connected over WiFi in the home. Recently, Comcast began rolling out its Supersonic Gateway, capable of delivering speeds faster than a Gig and three times more capacity to connect hundreds of devices simultaneously. The new Supersonic WiFi gateway is WiFi 6E capable and is now available to Xfinity Internet Gigabit and Ultrafast customers across the U.S.

Faster speeds will be just one of the consumer benefits made possible through Comcast’s continued efforts to evolve its entire network to 10G. 10G is a next-generation technology platform supported by a global collaboration of companies in the Internet industry focused on building networks that stay ahead of consumer demand for connectivity. In addition to enabling multi-gig symmetrical connections, 10G efforts will provide even greater network reliability, lower latency, faster troubleshooting, and increased energy efficiency. More information about the industry’s efforts toward a 10G future can be found here.

Banks need to be reliable. It is as simple as that. Whether a customer needs to access their money right away or wants to ensure that their personal financial … END_OF_DOCUMENT_TOKEN_TO_BE_REPLACED