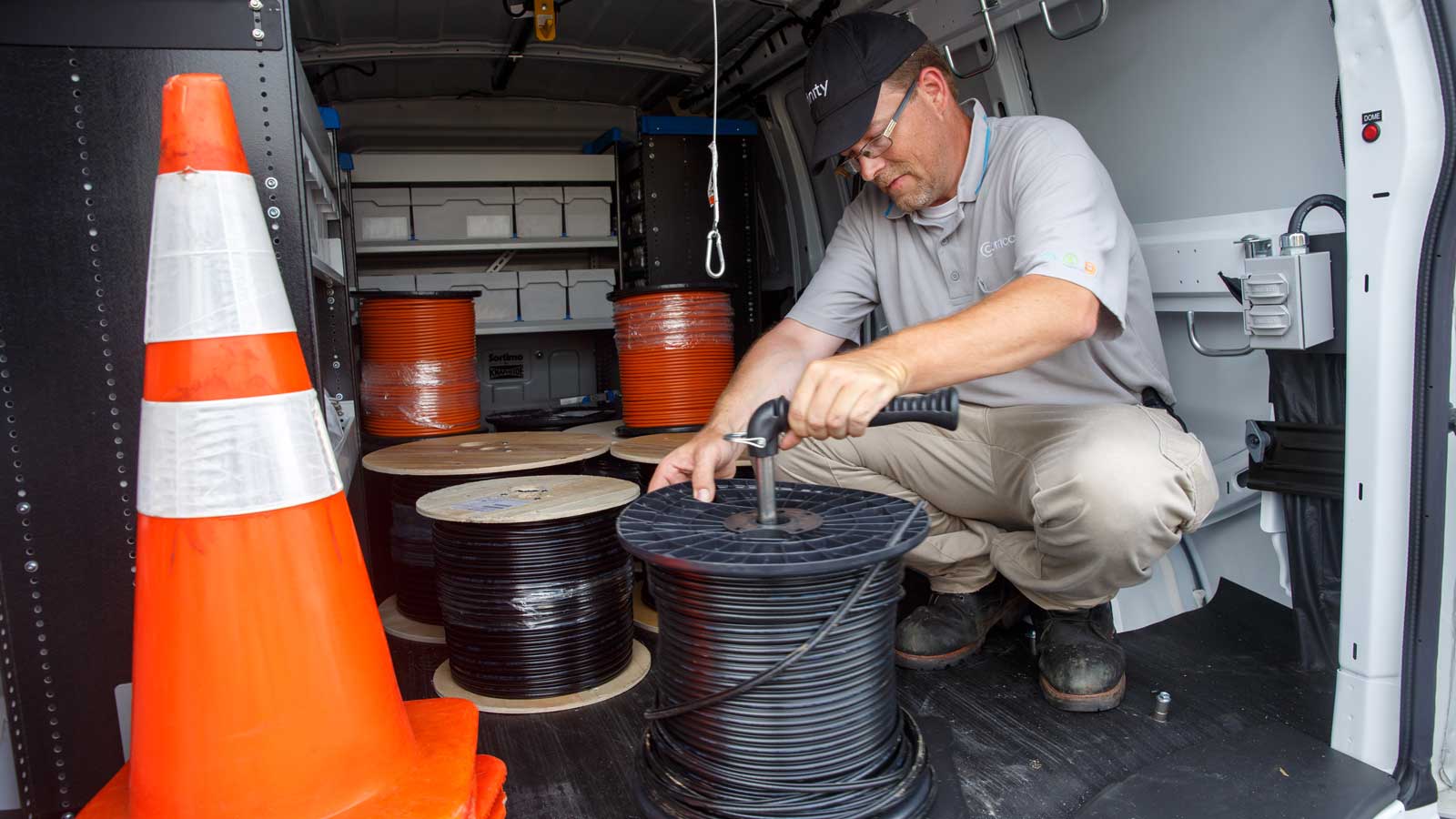 Comcast Business  announced a significant expansion of its advanced telecommunications network in the City of Decatur – including the addition of fiber-optic cable.  The expansion, which passes several locations, ranging from City Hall and Richland Community College to the Midwest Inland Port, will give businesses and institutions along the route access to Internet speeds of up to 100 Gigabits per second (Gbps), as well as a wide range of services, including Ethernet, Internet, Voice and value-added cloud services.

“The continued addition of fiber in Decatur will help businesses here compete and grow and will help us attract new ones whose business models depend on advanced Internet and telecommunications technologies,” said Patrick Hoban, Economic Development officer for the City of Decatur.  “In today’s economy, having an environment with easy access to high-speed broadband represents a critical tool for community development and for improving the quality of life for both current and future residents which is an important goal for all of us.”

“Comcast’s network provides increased bandwidth and that means more local businesses and institutions can do more with their IT resources, like access more applications and services in the cloud, link multiple branches, accommodate rapidly increasing numbers of employees in the field using mobile devices and exchange large amounts of data,” said Jay Dirkmaat, regional vice president of Comcast Business.  “Comcast offers the fastest Internet speeds already has an extensive coaxial and fiber network in the area, and we’ve been expanding it significantly through strategic proactive investments designed to help spur economic growth.”

Comcast already has approximately 750 miles of network, including nearly 100 miles of fiber, and about 12,000 Xfinity WiFi hot spots in Decatur.  Earlier this year, Decatur became one of the first cities in the country where Comcast offered its new residential Internet service that delivers 1 Gbps speeds over its existing lines.  In addition, Comcast recently announced the availability of Xfinity on Campus at Millikin University.  Xfinity on Campus is a service that lets college students watch live TV and on demand content on their laptops, tablets and smartphones.  Millikin is the first university in Central Illinois to offer the service.

“These investments are another way Comcast continues to fuel Decatur’s economy, and we intend to keep bringing the best technologies and services here,” said John Crowley, Comcast’s regional senior vice president.  “We’re committed to this community. We live and work here, buy gas locally, eat lunch and purchase goods and services from businesses in town.”

Comcast has been doing business in Decatur since January 2008.

Banks need to be reliable. It is as simple as that. Whether a customer needs to access their money right away or wants to ensure that their personal financial … END_OF_DOCUMENT_TOKEN_TO_BE_REPLACED