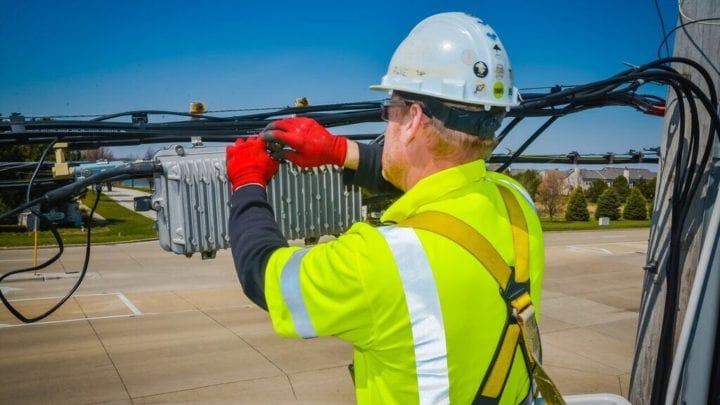 June 29, 2021 – Comcast Business announced the addition of more than seven miles of fiber in key Northern and Northwest Indiana business and industrial areas. The new advanced network infrastructure will reach hundreds of businesses in the following locations:

“Expanding broadband for Hoosier communities in need of a reliable and fast internet connection is a top priority,” said Indiana District 4 State Rep. Ed Soliday, chair of the House Utilities, Energy and Telecommunications Committee. “With Comcast adding new fiber connections at the Digital Crossroad Data Center and throughout Northern Indiana, hundreds of employers, workers and families will benefit, while also making our communities more attractive to job providers and spurring economic development.”

With the expansion complete, Comcast can now provide businesses in the designated areas access to Internet speeds of up to 100 Gigabits per second (Gbps), along with a wide range of state-of-the-art telecommunications services, from Ethernet, Internet and Advanced Voice to value-added cloud services. In addition, with the fiber in place, Comcast can bring new customers online quickly.

“The expansion of Comcast Business’ fiber network in Northwest Indiana will strengthen the region’s profile and help it continue to compete for companies in a number of key sectors, from manufacturing, distribution and warehousing to customer support/call centers and healthcare,” said Heather Ennis, President and CEO of Northwest Indiana Forum. “We appreciate Comcast’s ongoing investment in the region and its impact on our economy.”

“Comcast has invested significantly in its network in Indiana, and we are constantly expanding our reach through strategic proactive investments designed to help spur economic growth in emerging and growing business corridors,” said Jeff Cobb, Regional Vice President of Comcast Business. “Our advanced network provides increased bandwidth, allowing businesses to accomplish more, like access more applications and services in the cloud, accommodate large numbers of employees working at home, in the field and in the workplace, and exchange significant amounts of data.”

Comcast has spent nearly $30 billion in the last decade building an expansive fiber-dense network totaling 191,000 miles across the company’s service footprint. Comcast has invested nearly $550 million in technology and infrastructure in Indiana alone in the last three years.  These investments have allowed Comcast to offer an array of state-of-the-art telecommunications services, including an Internet service with download speeds up to 1.2 Gbps to homes and businesses over its existing network.  In addition, the company offers Gigabit Pro, a fiber-based residential service that provides 2 Gbps of speed.

In addition, the extent of Comcast’s network has made it possible for the company to offer the largest WiFi network locally and in the nation. Xfinity WiFi includes more than 20 million WiFi hotspots in locations across the country and more than 1.9 million in the region. Comcast has placed hotspots in or adjacent to locations ranging from restaurants, retail stores, salons and doctors’ offices to parks and universities, according to Cobb.

Comcast is proud to deliver high-speed Internet and other innovative telecommunications products and services, along with programs designed to close the digital … END_OF_DOCUMENT_TOKEN_TO_BE_REPLACED