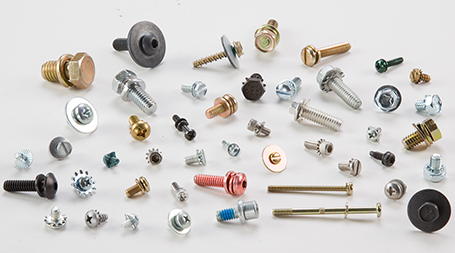 Comcast announced today that the company has added about two miles of fiber optic network in the Peterson Pulaski Business and Industrial Park on Chicago’s northwest side, spanning from Bryn Mawr Avenue north to Peterson Avenue, and from Pulaski Avenue west to Lowell Avenue.

This proactive infrastructure investment gives nearly 30 small- and medium-sized businesses in the park access to Internet speeds of up to 10 Gbps, along with a wide range of Comcast Business services, including Ethernet, Internet, Voice and value-added cloud services.  The investment being made by the company is in response to strong demand for Comcast Business offerings and supports broader community efforts to expand the local telecommunications and information technology infrastructure.

“Comcast’s technology investment in the 39th Ward will be a boon to area businesses and could help create more jobs here,” said Chicago 39th Ward Alderman Margaret Laurino. “We appreciate Comcast’s positive response to the needs of our ward and our business community.”

“This level of investment in our technology infrastructure will help the Peterson Pulaski Business and Industrial Park compete with other business corridors in the city and suburbs, as well as attract new businesses that require access to high-speed, high-capacity data networks, and a host of other IT services,” said Janita Tucker, executive director, Peterson Pulaski Business and Industrial Council.

“Comcast’s new fiber allows us to leverage our telephone service across our four Chicago area sites, which results in a significant cost savings.” said Janelle Weyers, vice president of Information Technology for MW Industries, Inc., a manufacturer with a facility in the park.  Chicago area-based MW Industries is the largest and most diversified specialty spring and fastener manufacturer in the United States.  “We used to have to operate our telephone system independently from each site, which created significant financial and administrative burdens.”

“The addition of fiber in this section of the city is part of a larger effort by Comcast Business to expand its footprint and reach more businesses that could benefit from increased bandwidth,” said Jay Dirkmaat, regional vice president of Comcast Business. “Increased bandwidth allows businesses to access more and more applications and services in the cloud, accommodate rapidly increasing numbers of employees using mobile devices and exchange large amounts of data.”

Dirkmaat added that in the Chicago area, Comcast has proactively built or expanded its fiber optic network in downtown Chicago, as well as business and industrial corridors adjacent to O’Hare and Midway airports; Interstate 88 in the west suburbs and Interstate 90 in the northwest suburbs; and in Elgin and South Elgin.  In total, Comcast has about 11,000 miles of fiber in Illinois.

Comcast Business, a unit of Comcast Cable, provides advanced communication solutions to help organizations of all sizes meet their business objectives.  Through a next-generation network that is backed by 24/7 technical support, Comcast delivers Business Internet, Ethernet, TV and a full portfolio of Voice services for cost-effective, simplified communications management. For more information, call (866) 429-3085.  Follow Comcast Business on Twitter @ComcastBusiness and on other social media networks at http://business.comcast.com/social.

Several million households to benefit from faster speeds to power their increasingly connected homes November 3, 2021 – Comcast announced today that it has … END_OF_DOCUMENT_TOKEN_TO_BE_REPLACED

In its first year alone, Comcast RISE has provided over $60 million in grants, marketing and technology services to support more than 6,700 small businesses … END_OF_DOCUMENT_TOKEN_TO_BE_REPLACED

Comcast proud that employees themselves recognize the company is a great place to work November 5, 2021 – Comcast was awarded a “Top Workplaces 2021” honor … END_OF_DOCUMENT_TOKEN_TO_BE_REPLACED