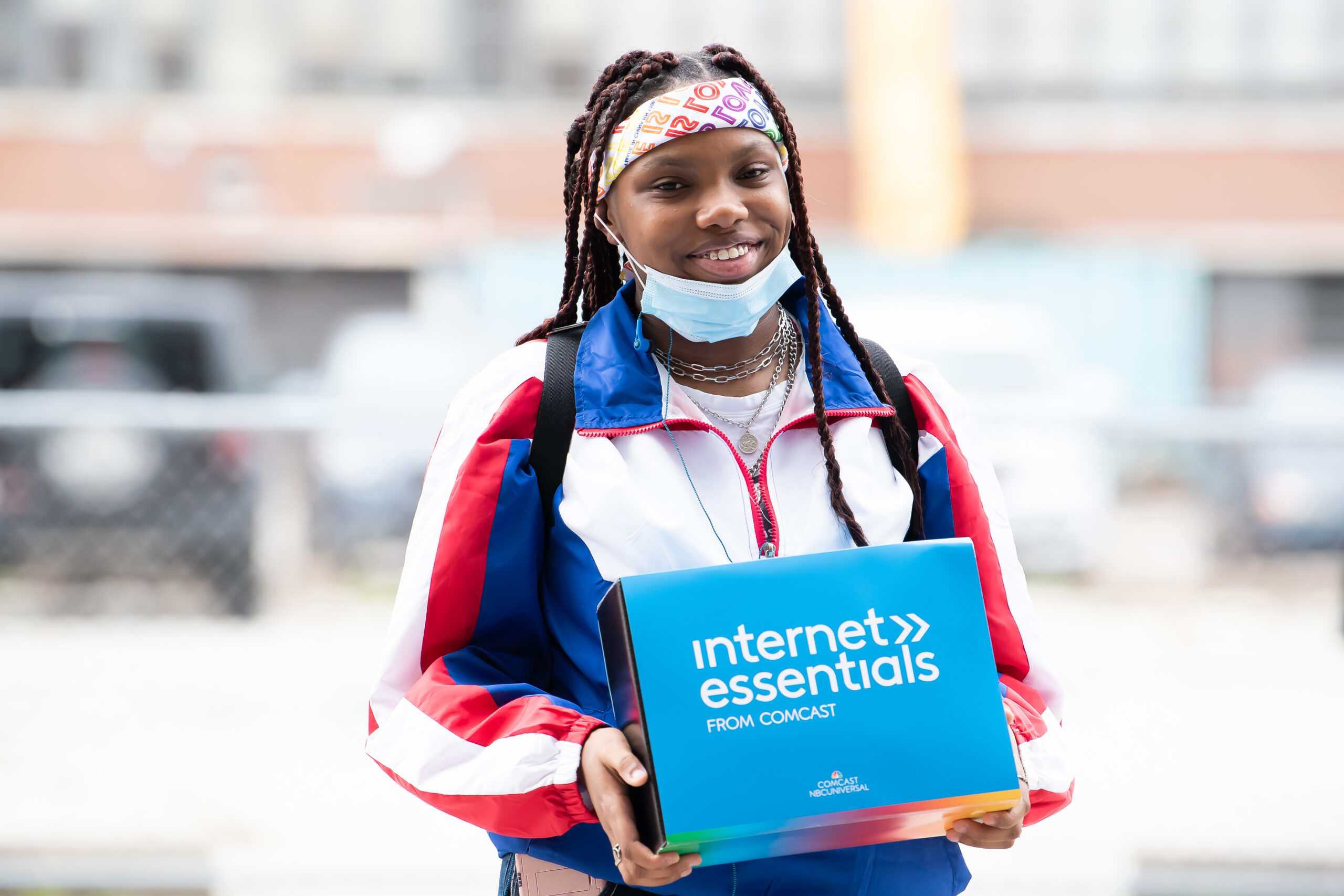 Comcast’s Internet Essentials Program Has Now Connected More Than 10 Million People Over the Past 10 Years, including 76,000 in Rockford Metro Area

April 22, 2021 – On the 10th anniversary of its Internet Essentials program, Comcast announced it would invest $1 billion over the next 10 years to help further close the digital divide and give even more low-income Americans the tools and resources they need to succeed in an increasingly digital world. The announcement coincides with the release of a 10-year Progress Report showing that, since 2011, the company, working in collaboration with its network of thousands of nonprofit partners, has connected a cumulative total of more than 10 million people in America – including around 76,000 in the Rockford metro area –  to broadband Internet at home, the overwhelming majority of whom were not connected prior to signing up.

Comcast’s $1 billion commitment will include investments in a number of critical areas, including: additional support for its ongoing Lift Zone initiative, which establishes WiFi-connected safe spaces in 1,000+ community centers nationwide for students and adults by the end of 2021; new laptop and computer donations; grants for nonprofit community organizations to create opportunities for low-income Americans, particularly in media, technology and entrepreneurship; and continued investment in the company’s landmark Internet Essentials program. It is estimated that these new commitments will impact as many as 50 million Americans over the next 10 years. In 2021 alone, Comcast estimates students will be able to complete more than 25 million hours of remote learning lessons to further address the “homework gap” at the hundreds of Lift Zone locations that have already opened or will open soon.

“I’m proud of the work we’ve done with our community partners over the last 10 years since Internet Essentials launched to connect thousands of area families to the Internet at home, many for the first time,” said Joan Sage, Comcast’s Regional Manager of Community Relations.  “Our mission is to continue to promote digital equity in Rockford and other area communities. To that end, we look forward to working with our partners to make even greater strides over the next 10 years.”

“Internet access is a critical part of the daily lives of our residents,” said Rockford Mayor Tom McNamara. “That became even more evident during this past year as students did remote learning and many adults worked from home.  We applaud Comcast for its Internet Essentials program and the thousands of individuals and families they have connected to the Internet during the past 10 years.  We look forward to our continued partnership.”

“Rockford Housing Authority has been proud to partner with Comcast to provide our residents with the tools and resources to access to the power of the Internet at home,” added Laura Snyder, CEO, Rockford Housing Authority.  “Comcast’s commitment to closing the digital divide and its Internet Essentials program has offered our residents the opportunity to access educational, health and job resources online.”

“Ten years is a remarkable milestone, signifying an extraordinary amount of work and collaboration with our incredible community partners across the country,” said Dave Watson, Chief Executive Officer, Comcast Cable. “Together, we have been able to connect millions of people to the power of the Internet at home, and to the endless opportunity, education, growth, and discovery it provides. Today, we are rededicating ourselves to this mission to ensure that the next generation of students in America has the tools, resources, and abilities they need to succeed in an increasingly digital world.”

In addition to capturing the total number of connections Internet Essentials has provided, the 10-Year Progress Report also highlights other key metrics about the program, including having:

This new commitment comes on the heels of a series of initiatives announced during the COVID-19 pandemic that reinforced the company’s commitment to addressing the digital divide and the homework gap by upping speeds to 50 Mbps downstream without changing the program’s $9.95/month price. The company also continues to offer 60 days of free Internet service to new Internet Essentials customers who sign up before June 30, 2021.

Internet Essentials is Comcast’s signature digital equity initiative and the nation’s largest and most comprehensive broadband adoption program. In 10 years, it has helped connect 10 million low-income Americans to broadband Internet at home, most for the very first time. Internet Essentials has a comprehensive design that addresses each of the three major barriers to broadband adoption. This includes: multiple options to access free digital literacy training in print, online, and in person; the option to purchase a heavily subsidized, low-cost Internet-ready computer; and low-cost, high-speed Internet service for $9.95 a month, plus tax. The program is structured as a partnership between Comcast and tens of thousands of school districts, libraries, elected officials, and nonprofit community partners. Comcast has never raised the price of the program. For more information about Internet Essentials and Comcast’s commitment to education and digital equity, please visit https://corporate.comcast.com/education. To apply, visit www.internetessentials.com or call
1-855-846-8376 for English or 1-855-765-6995 for Spanish.

Comcast Corporation (Nasdaq: CMCSA) is a global media and technology company that connects people to moments that matter. We are principally focused on broadband, aggregation, and streaming with over 56 million customer relationships across the United States and Europe. We deliver broadband, wireless, and video through our Xfinity, Comcast Business, and Sky brands; create, distribute, and stream leading entertainment, sports, and news through Universal Filmed Entertainment Group, Universal Studio Group, Sky Studios, the NBC and Telemundo broadcast networks, Peacock, NBC News, NBC Sports, Sky News, and Sky Sports; and provide memorable experiences at Universal Parks and Resorts in the United States and Asia. Visit www.comcastcorporation.com for more information.