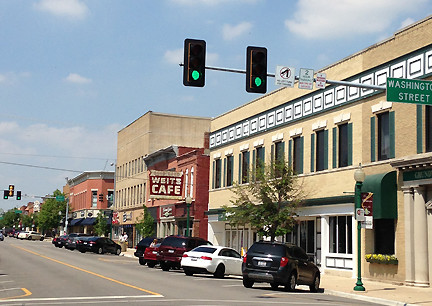 Comcast Business announced today that it has added more than five miles of fiber optic and coaxial cable network in the Ashley Road Industrial Park in Morris, IL.  This proactive infrastructure investment gives the 30 existing small- and medium-sized businesses in the park – and the potential for several more in the future – access to Internet speeds of up to 10 Gbps, along with a wide range of Comcast Business services, including Ethernet, Internet, Voice and value-added cloud services.  The network investments Comcast is making in Morris and other locations throughout Illinois is in response to strong demand for its Business offerings.  The investments also align with efforts communities like Morris are making to expand their technology infrastructure.

“Comcast’s investment in Morris’ technology infrastructure will help the community compete with other area communities, and ultimately could help create more jobs here,” said Morris Mayor Richard Kopczick. “This is a major investment in Morris’ technology backbone.  We thank Comcast for recognizing our business community’s potential, making this investment and bringing high-speed, high-capacity data networks and other advanced IT services to town.”

“Comcast’s new fiber brings faster, more reliable Internet access to the industrial park, and it’s much more cost efficient than the services that were previously available,” said Don Ciesieski, vice president of Walttools, a company that provides tools and supplies for decorative concrete professionals.  “The Internet speed and bandwidth Comcast offers vastly improve our ability to serve our customers.  Before Comcast, we had to limit the number of employees who could be on the Internet simultaneously.  Now all of our employees can be online at the same time taking care of customers.”

Dirkmaat said that in the Chicago area, Comcast has proactively built or expanded its fiber optic network in downtown Chicago, as well as in business and industrial corridors including Goose Island; the Peterson Pulaski Business and Industrial Park; near O’Hare and Midway airports; Interstate 88 in the west suburbs and Interstate 90 in the northwest suburbs; and in Elgin and South Elgin, among others.

Banks need to be reliable. It is as simple as that. Whether a customer needs to access their money right away or wants to ensure that their personal financial … END_OF_DOCUMENT_TOKEN_TO_BE_REPLACED