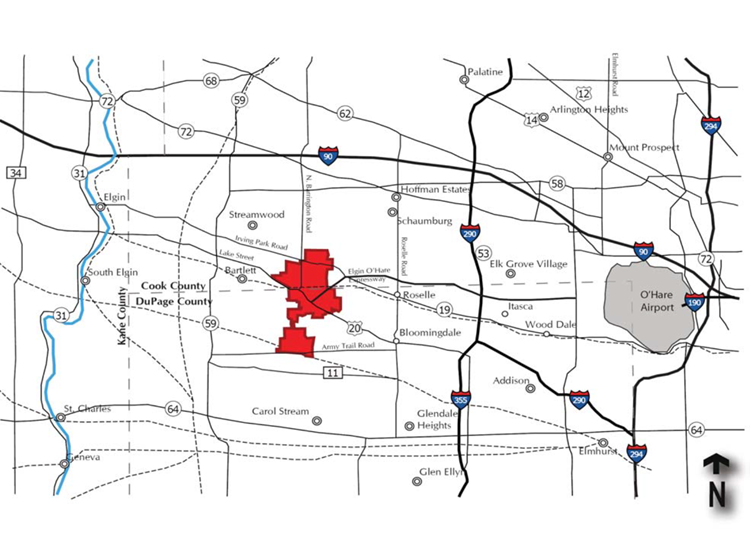 Comcast announced today that it has proactively added fiber in the Turnberry Lakes Business Center in Hanover Park, IL, in an area bordered by Illinois Route 390 on the northwest, Route 20 on the southwest and Gary Avenue on the east.

This proactive infrastructure investment will give 15 small- and medium-sized businesses in the park access to Internet speeds of up to 10 Gbps, along with a wide range of Comcast Business services, including Ethernet, Internet, Voice and value-added cloud services.  Having the fiber so close also will allow Comcast to install new customers more quickly and reduces or even eliminates start-up costs.

The investment Comcast is making in Hanover Park and other locations in Chicago and suburbs is in response to strong demand for its Comcast Business offerings.  It also aligns with efforts many communities are making to expand their local telecommunications and information technology infrastructure.

“Comcast’s investment in our technology backbone will help Hanover Park appeal to new businesses that depend on high-speed, high-capacity data networks, and other advanced IT services,” said Shubhra Govind, Community and Economic Development Director, Village of Hanover Park.

Over the last 20 years, Comcast has invested on average $300 million annually in its network and has built about 11,000 miles of fiber across its Greater Chicago Region.  As part of this investment, Comcast has been adding fiber to reach city and suburban business and industrial corridors and employment hubs.  Comcast has built fiber to diverse areas in the region, including Chicago’s Back of the Yards and Bridgeport neighborhoods; the Peterson Pulaski Business and Industrial Park; near O’Hare and Midway airports; Interstate 88 in Chicago’s west suburbs and Interstate 90 in Chicago’s northwest suburbs; Morris, IL; and Elgin and South Elgin, IL, among others.  The company expects to announce additional projects this year.

Banks need to be reliable. It is as simple as that. Whether a customer needs to access their money right away or wants to ensure that their personal financial … END_OF_DOCUMENT_TOKEN_TO_BE_REPLACED