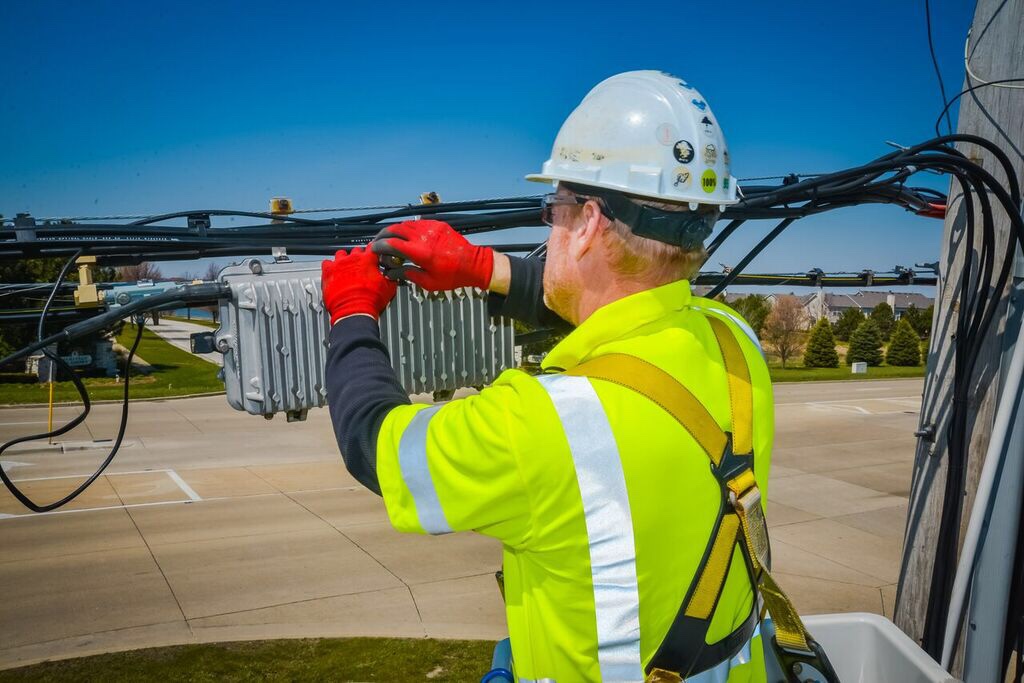 Company Plans to Add Fiber and Coaxial Cable Across Sections of the Loop, West Loop, River North and River West…

Comcast today announced plans to invest nearly $100 million in network expansion projects across its Greater Chicago Region over the next three years, including a major project that will add fiber optic and coaxial cable across a wide section of downtown Chicago spanning the Central, East, North and West Loop and River North and River West.

The project marks the largest single concentrated fiber expansion Comcast has ever undertaken in the Chicago region, and will bring the company’s network even closer to thousands of businesses and residences, including the numerous new office and residential buildings currently underway or proposed for development in the next few years.  The network expansion will add capacity, support advanced services and give the company the ability to bring new customers online more quickly.

“Chicago is the largest metropolitan area Comcast serves. We live, work and provide service here, so these projects are more than just good business. They’re an investment in the region’s economic future – a future we all share,” said John Crowley, Comcast’s GCR senior vice president. “I’m proud of the role Comcast plays in Chicago’s and the region’s economic quality of life.”

The goal of the downtown and other expansions is to provide additional technology that will help local businesses – including a growing list of tech firms – continue to innovate and compete, while bringing state-of-the-art Internet, video, voice and home security and automation services to even more residences.

Traditional brick and mortar businesses have dominated the Chicago area’s economy.  But we’re at a crossroads, and the technology sector is playing a greater and greater role in the region’s economy,” said Jeff Malehorn, president and CEO, World Business Chicago. “Projects like these downtown, city neighborhood, suburban and other fiber expansions will play a role in advancing the Chicago area’s economy.

Howard A. Tullman, 1871 CEO, added, the network investments Comcast is making will help fuel the expansion of Chicago’s business core beyond its traditional borders by strengthening the city’s new technology epicenters in River North, the West Loop, River West and beyond.

Over the last 20 years, Comcast has invested on average $300 million annually in its network and has built about 11,000 miles of fiber across the Greater Chicago Region.  As part of this investment, Comcast has been adding fiber to reach city and suburban business and industrial corridors and employment hubs.  Comcast was the first provider to bring fiber and outdoor Wi-Fi service to Goose Island, a growing technology-driven manufacturing center located on the city’s north side.  Comcast also has built fiber to diverse areas across the region, including 600 W. Chicago Ave.; Chicago’s Back of the Yards and Bridgeport neighborhoods; the Peterson Pulaski Business and Industrial Park; near O’Hare and Midway airports; Interstate 88 in Chicago’s west suburbs and Interstate 90 in Chicago’s northwest suburbs; Morris, IL; and Elgin and South Elgin, IL, among others.  The company plans to announce additional projects this year.

In the city of Chicago alone, Comcast’s network passes nearly 90 percent of businesses and an even greater percent of households, which makes it possible for the company to deliver services across all city neighborhoods, including its recently announced Internet service that will deliver up to 1 Gbps download speeds over the company’s existing network starting later this year.  Comcast already offers businesses in locations across the region Internet speeds of up to 100 Gbps and in 2015 launched Gigabit Pro, a 2 Gbps fiber-based residential Internet service that’s available to about 2.4 million homes in the Greater Chicago Region.

The ubiquity of the network also has made it possible for Comcast to build the largest WiFi network in the nation. XFINITY WiFi includes more than 14 million WiFi hot spots in locations across the country, with more than 1.2 million in Comcast’s Greater Chicago Region alone. XFINITY WiFi provides customers with access to the Internet and their content on the go and helps promote business, tourism, recreation and other economic activity.

Banks need to be reliable. It is as simple as that. Whether a customer needs to access their money right away or wants to ensure that their personal financial … END_OF_DOCUMENT_TOKEN_TO_BE_REPLACED