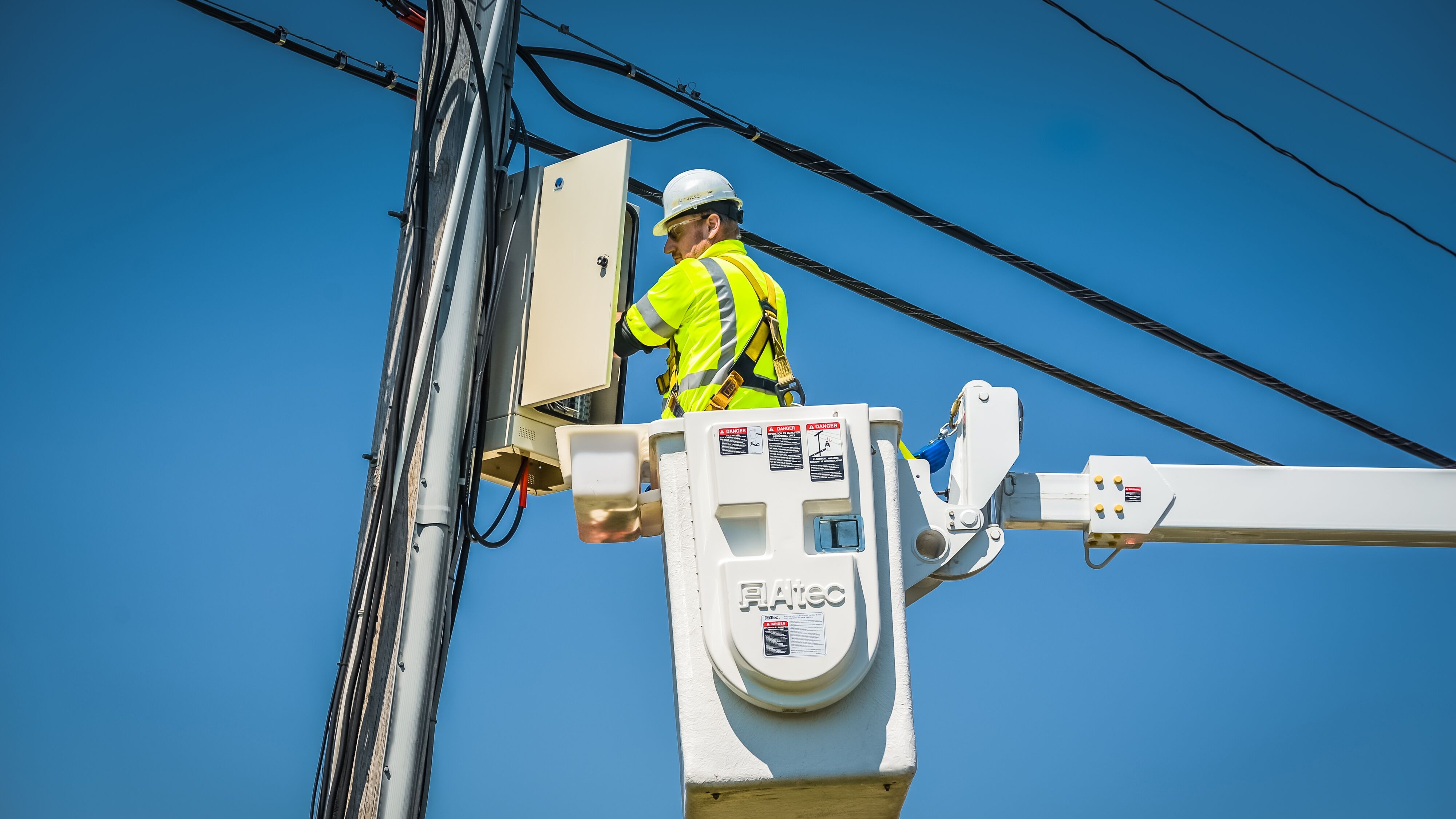 October 15, 2020 – Comcast announced today that it has built an additional mile and a half of fiber to reach over 200 downtown Chicago businesses in the Loop, South Loop and West Loop. This follows an extensive proactive fiber build in 2016 across the Loop and several adjacent neighborhoods.

With these latest buildouts complete, Comcast Business can give even more businesses in the area access to Internet speeds of up to 10 Gigabits per second (Gbps) – and up to 100 Gbps on a case-by-case basis – along with a wide range of services, including Ethernet, Internet, cloud solutions, business phone and TV services, as well as its SmartOffice video monitoring system.  In addition, as a result of the network expansion, Comcast can bring new customers online quickly.

“Comcast shares our vision for the City of Chicago and we applaud them for continuing to invest in its advanced technology infrastructure in and around downtown and the neighborhoods. In doing so, our businesses can run more efficiently, and their employees are able to work better remotely, which has never been more important,” said Jack Lavin, president & CEO of the Chicagoland Chamber of Commerce.  “Connectivity has taken on new importance during the current public health crisis, and this additional investment will help Chicago’s business community continue to provide services the city and its residents rely upon.”

“Our advanced network provides increased bandwidth and that means businesses can do more, like accommodate large numbers of employees working at home, access more applications and services in the cloud and exchange large amounts of data,” said Sean McCarthy, Comcast’s Regional Vice President of Business Development and Strategic Initiatives.  “Comcast already has a major network presence in the city, and we’ve been expanding it significantly through strategic proactive investments designed to help spur economic growth in emerging and growing development corridors.”

Since 2011, Comcast has invested $4.2 billion in technology and infrastructure in Illinois alone.  As part of this investment, Comcast has been adding fiber to reach city, suburban and Central and Northern Illinois business and industrial corridors and employment hubs including: Goose Island, The Old Post Office and 600 W. Chicago Ave.; Chicago’s Englewood, Back of the Yards and Bridgeport neighborhoods: the Peterson Pulaski Business and Industrial Park; near Midway and O’Hare airports, the Elk Grove Technology Park; Interstate 88 in Chicago’s west suburbs and Interstate 90 in Chicago’s northwest suburbs and the southwest suburbs; Morris, IL; West Chicago and Elgin and South Elgin, IL, among others.

Comcast also offers an Internet service that provides download speeds up to 1 Gbps to homes and businesses in all of Chicago’s 77 neighborhoods using a technology called “Docsis 3.1.”  Launched regionally in August 2016, Comcast provides the service using the company’s existing network.

The extent of Comcast’s network also has made it possible for the company to build the largest WiFi network in the nation.  Xfinity WiFi includes more than 19 million WiFi hotspots in locations across the country and more than 1.9 million in the region.  Comcast has placed hotspots in or adjacent to locations ranging from restaurants, retail stores, salons and doctors’ offices to parks and universities, according to McCarthy.

Comcast Business offers Ethernet, Internet, Wi-Fi, Voice, TV and Managed Enterprise Solutions to help organizations of all sizes transform their business. Powered by an advanced network, and backed by 24/7 customer support, Comcast Business is one of the largest contributors to the growth of Comcast Cable.  Comcast Business is the nation’s largest cable provider to small and mid-size businesses and has emerged as a force in the Enterprise market; recognized over the last two years by leading industry associations as one of the fastest growing providers of Ethernet services.

For more information, call 1-866-429-3085. Follow on Twitter @Comcast Business and on other social media networks at http://business.comcast.com/social.

Several million households to benefit from faster speeds to power their increasingly connected homes November 3, 2021 – Comcast announced today that it has … END_OF_DOCUMENT_TOKEN_TO_BE_REPLACED

In its first year alone, Comcast RISE has provided over $60 million in grants, marketing and technology services to support more than 6,700 small businesses … END_OF_DOCUMENT_TOKEN_TO_BE_REPLACED

Comcast proud that employees themselves recognize the company is a great place to work November 5, 2021 – Comcast was awarded a “Top Workplaces 2021” honor … END_OF_DOCUMENT_TOKEN_TO_BE_REPLACED